Sammy S. Rabieh is a Senior Associate Attorney at The Law Offices of Hirschl Mullen. He focuses on the defense of Workers’ Compensation claims, including the defense of discrimination claims under Labor Code Section 132a and Serious and Willful claims under Labor Code Section 4553 on behalf of employers, carriers, and third-party administrators. Sammy firmly believes in the importance of understanding client goals while engaging in methodical and efficient case management and early file closure.

Sammy has distinguished himself by earning many “Take Nothings” at trial and ensuring doctors provide a better result for clients at deposition.

He was admitted to the State Bar of California in May of 2005 and is Licensed to practice before all courts in California. Prior to joining Hirsch Mullen, Sammy worked for number of Workers’ Compensation defense firms where he also represented public municipalities including cities, counties, and school districts. Sammy is also proficient in handling claims filed by safety members and Labor Code Section 4850.

Prior to beginning his practice in Workers’ Compensation, he defended and/or litigated civil cases including, construction defects, breach of contracts, mechanics liens, and many more. Sammy also worked for the United States Small Business Administration as an Attorney Advisor General focusing on EIDL, business, personal and disaster loans and compliance with Federal Rules and Regulations.  Sammy is also admitted to practice before United States District Courts for the Central and Southern district of California. 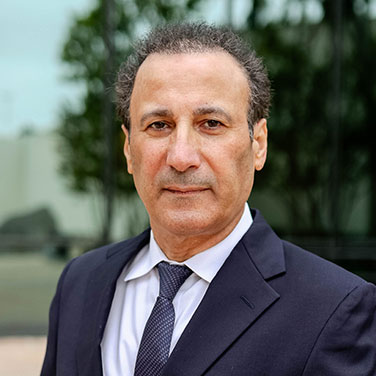